Today, we live in a world where food production is unsustainable, mass-made production focuses on profits rather than quality and many things have gone wrong with the diets of people. In the quest for nourishing the body and soul with simple, delicious and local or home grown foods; the tradition of Shojin Ryori appears as a path toward a better way of preparing and consuming our daily food.

What is Shojin ryori?

Shojinryori is a Japanese cooking style for Buddhist vegetarian cuisine originally from China and brought back by 13th century monks as Dharma practice of Zen Buddhism in the Kamakura period (1192-1333). While only monks followed a strict vegetarian diet, the spirit of shojinryori deeply penetrated the lives and dining styles of ordinary people and became the backbone of Japanese food culture — why we eat, how we eat and what we eat. Initially Shojinryori it meant as a Zen mediation to purify body and mind. Sho means “to concentrate, Jin “”to go forward”or “to progress along the path”. Shojin means a process of continuous meditation and Ryori is the word for cooking/cuisine and sometimes translated to ‘advancement of the mind through food’.

It’s a cuisine that celebrates vegetables in all of their diverse glory – achieving a balanced and healthy diet without meats. Eating shojin ryori, while difficult, will make one more energetic, feel better and healthier.

Shojin ryori is a manifestation of the general Buddhist precept of ahimsa or non-violence. It’s practice is based on fresh, seasonal vegetables, staples such as seaweed, grains and tofu, and natural flavorings rather than chemical additives, is a highly nutritious. The ingredients and the spices are usually come from the local area and sometimes only available according the current season. The point is that local seasonal foods bring you in flow with nature. Not only that, but the foods that grow in different seasons are supposedly the foods your body needs during that season.

Simplicity and self-sufficiency are a backbone for Shojin ryori cooking. Cooks cannot waste ingredients; for example, carrot peelings and tops are used to minimise seasoning and let the natural flavour of the ingredients define the taste. Aversion to waste extends to dishware. Dipping sauces require additional dishware which is seen as extravagant to prepare and concluded to be unncessary; flavour is added to the cooking process instead.

In addition to its health benefits, the preparation and eating of shojin food in Buddhist temples has great spiritual significance. After spending their days in rigorous self-discipline, the monks welcome mealtimes as a soothing respite, both for those preparing the food with loving care and for those eating it with relaxed enjoyment.

Usually you will have more than 5 colorful plates and dishes that are arranged neatly with different food tastes and textures. To create meals that nourish all of our five senses as well as our bodies and minds, shojin ryori balances

Key ingredients for the shopping list
Vegetables that are in season are utilized and selected based on their ability to provide benefits to one’s body during each of the four different seasons. Vegetables that are seasonal are also selected since they are viewed in Buddhist philosophy as being in flow with nature. Buddhist’s believe they grow from the earth during a particular season because they can benefit your body during seasonal changes. For example, summer vegetables such as tomatoes and eggplants are used to cool the body, while fall vegetables such as sweet potatoes and pumpkin give your body energy after the exhaustion caused by summer. Common vegetables in shojin ryori: carrots, potato, shiitake mushrooms (fresh and dried), daikon, ginger, ginger root, gobo, lotus root, okra, togan (japanese melon), yam (brown skin), myoga (purple), japanese eggplant, kabocha pumpkin,shiso leaves (can be substituted with mint), enoki, shimeji and button mushrooms.

Sauces include Mirin (sweet rice wine), sake (drinking rice wine), soy sauce. There are three types, koikuchi is the regular, dark basic sauce, usukuchi is lighter with less soybeans but saltier, and tamari is 100% soy bean with no added fermented wheat. Miso – A fermented soybean paste comes in a range of flavours – the creamy beige is sweeter and used for dressings, while red miso is stronger and good for soups.

Seaweed products such as konbu (kelp), wakame (sea green), nori, and hijiki. Konbu: A long strip of dried seaweed is soaked in water, boiled until it has flavoured the water and then removed to leave behind a stock that is the basis for many dishes. Usually fish flakes are also added or water used to soak the dried shiitake mushroom. Konbu and shiitake provide umami which the Japanese believe is one of the primary tastes along with sweet, sour, salty, and bitter.

Wild plants, such as warabi (fiddlehead fern) and zenmai (flowering fern) can also be found in shojin ryori dishes. Dried shiitake (Soaked in water before use)

Beans and Eggplant with Sesame Dressing

Goma-dofu with wasabi: tofu prepared with sesame paste with wasabi (horseradish) on top. 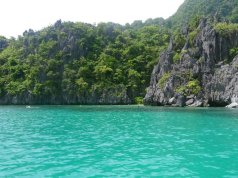 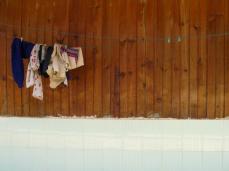 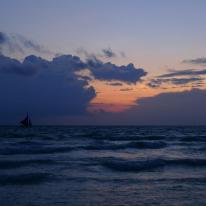 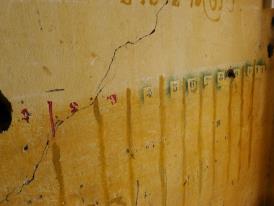 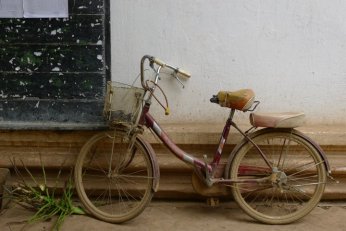 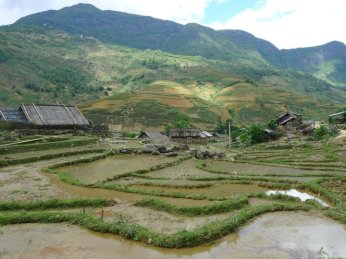 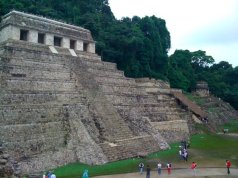 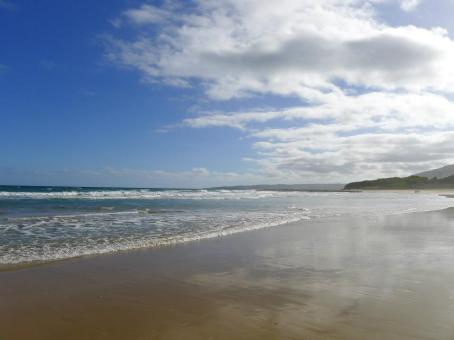 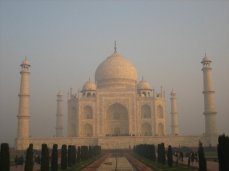 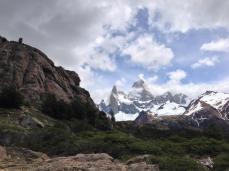 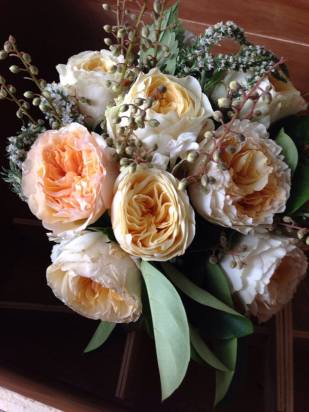 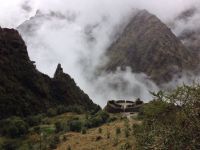 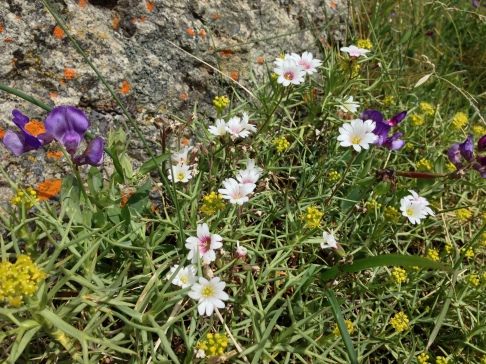 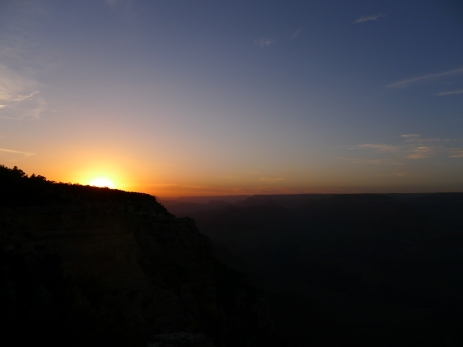 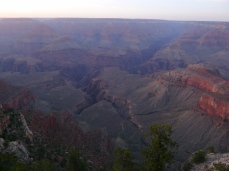 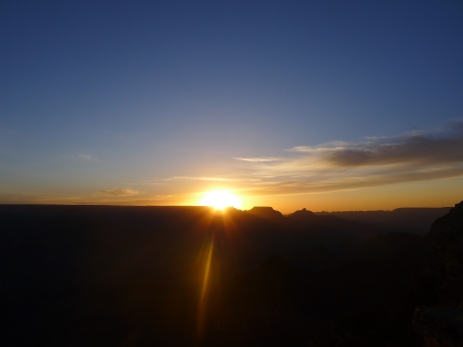